Common problems and solutions in daily use of shot blasting machine

1. One or more blast turbines cannot be opened normally.

Solution: Find out the cause and reclose.

2. There is no obvious change in the current of the blast turbine when all the abrasive supply valves are opened.

Solution: Check whether the air compressor or centralized air supply is normal. 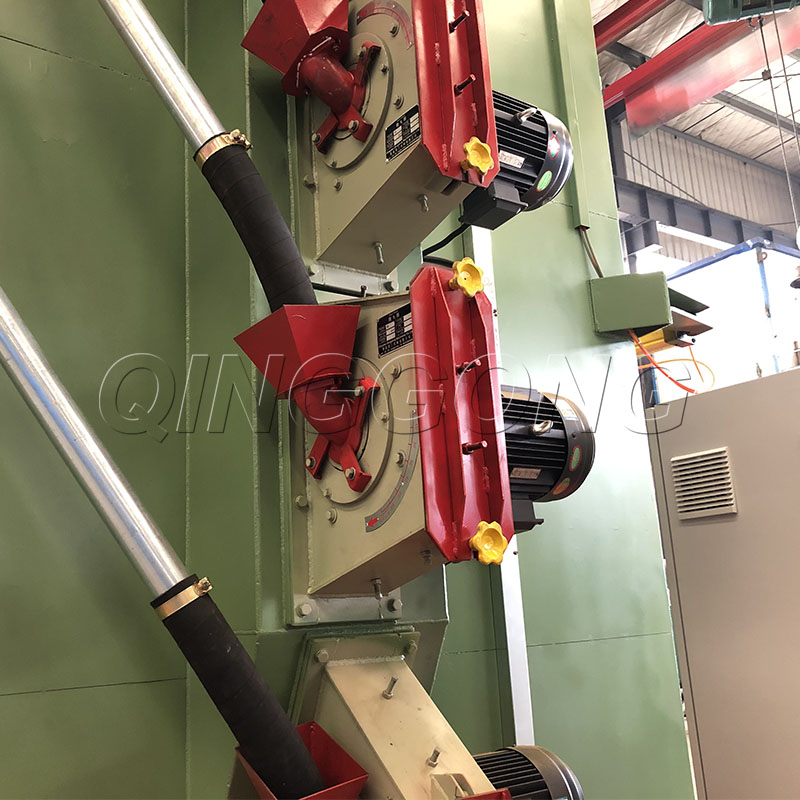 3. The dust removal fan can be turned on normally, but the other button switches cannot be turned on.

Solution: Find out the cause and reclose.

Problem solving during the operation of the shot blasting machine:

First, you can see how shot blasting machine works to have a better understanding of the following three stages.

There are many types of failures that occur at the beginning of operation, and they are more complicated. Such as selection issues, design issues or environmental issues. If the design does not pay attention to the firm connection between the connecting rod and the actuator, the phenomenon of shedding will occur; the power line and the signal line use the same threading pipe during installation, causing relatively large signal interference; there are unshielded electrical equipment nearby, Affects the stability of operation; the internal choke coil of the position locator is damaged. These problems must be observed in time, discovered and dealt with in time, so as to avoid losses.

In the middle of the shot blasting machine's operation, the overall performance of the electric actuator of the shot blasting machine has also changed from the running-in period to the adaptation period, and the performance at this time is relatively stable. If there is a problem, most of the individual electronic components have quality problems. Such as current converters, intermediate contactors, micro switches, etc.

In the later stage of operation, the aging problems of components and the wear of transmission parts began to become extremely serious. For example, the aging of the ball blasting machine motor coils led to the reduction of insulation and unstable operation; poor lubricity of the motor reduced the stability of operation; The aging of the comparison coil or the aging of the position current converter reduces the positioning accuracy; the wear of the transmission parts of the reducer causes the electric mechanism of the shot blasting machine to be unable to adjust, and so on. In addition, there are also reasons such as artificial stepping, process baffle jam, and wrong operation.

The above are the common problems and solutions during the operation of the shot blasting machine. If you have any questions, please feel free to contact us.