1. The impact of shot blasting machine parts materials on wear

The wear resistance of shot blasting machine parts mainly depends on its hardness and toughness. The hardness determines the ability of the surface to resist deformation, but too high hardness will easily increase the brittleness and cause abrasive flaking on the surface of the accessories; toughness can prevent the generation of abrasive particles and improve its wear resistance.

In the combined parts, such as the shaft in the bearing pair, since it is the main part that needs to be processed, it should be made of wear-resistant materials; for simpler parts, such as bearing bushes or bushes, babbitt alloys should be used , Copper-based alloys, lead-based or aluminum-based alloys and other softer materials (also called anti-friction alloys) to achieve the purpose of reducing friction and improving wear resistance.

2. The impact of working load of shot blasting machine parts on wear

Under normal circumstances, the greater the unit pressure, the more severe the wear of the parts. In addition to the size of the load, the load characteristics also have a direct impact on wear, such as static load or variable load, whether there is an impact load, whether it is a short-term load or a long-term load, and so on. Under normal circumstances, the machine parts should not be overloaded and subjected to shock loads for a long time.

3. The influence of the movement speed of shot blasting machine parts on wear

4. The influence of temperature, humidity and environment on wear

5. The influence of lubrication on the wear of shot blasting machine parts

Lubrication plays an important role in reducing the wear of mechanical parts. For example, the liquid lubrication state can prevent adhesive wear; the supply of clean lubricating oil to the friction pair can prevent abrasive wear; the correct selection of lubricating materials can reduce corrosion wear and fatigue wear. Keeping enough lubricant in the lubricated friction pair of the machine parts can reduce the direct friction between the metal of the friction pair, reduce power consumption, extend the service life of the parts, and ensure the normal operation of the equipment. Lubrication can effectively improve the effects of wear and is of great significance to mechanical maintenance. 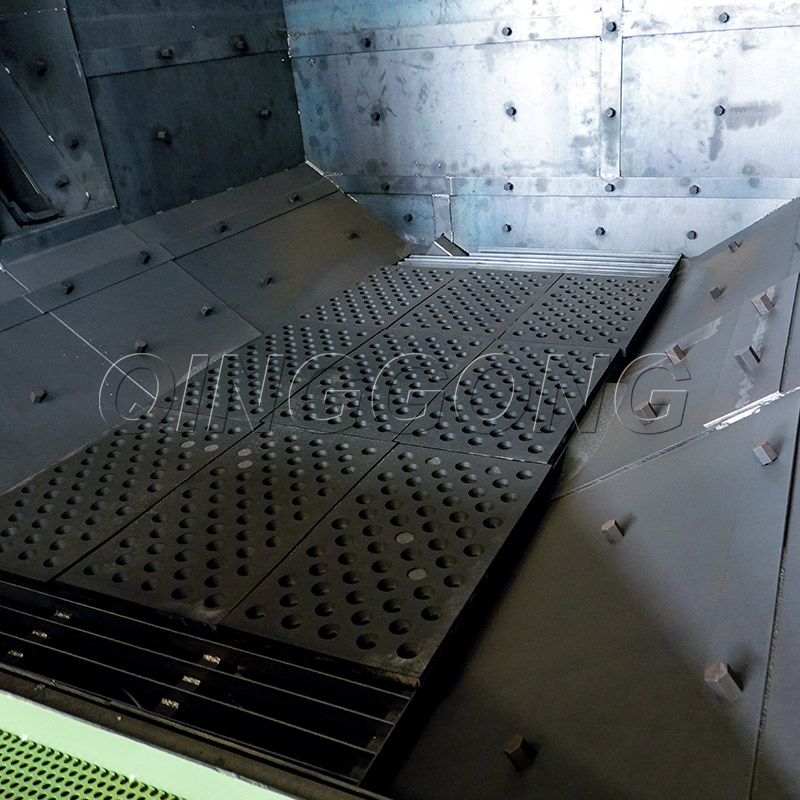 6. The influence of surface processing quality of shot blasting machine parts on wear