What is the working principle of sandblasting room?

What parts does the sandblasting room consist? 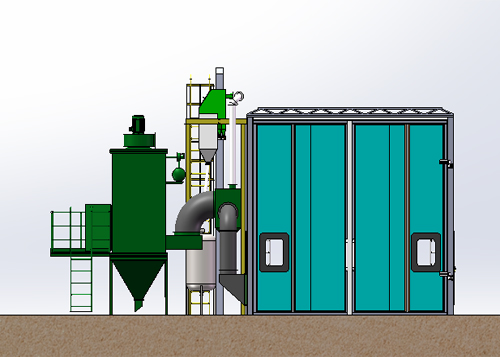 The operating principle of the sand recovery system, separation and dust removal system: 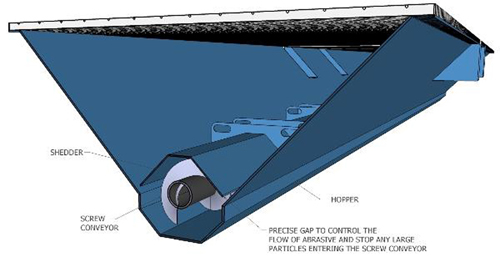 Shot peening outdoor airflow by shot peening chamber at the top of the air inlet into the shot peening, shot peening after the board room at the top of the well flow into the sandblasting sand blasting in the studio, formed in the blastpro shot blaster chamber cross-sectional flow from top to bottom, the shot peening indoor sand, dust, clean up the content such as through shot peening at the bottom of the chamber set sand bucket, sand set large bucket is tapered structure, bottom is equipped with vertical screw conveyor, vertical screw conveyor sand material transporting to the middle of the horizontal belt machine (or screw conveyor) concentration by a bucket elevator will be promoted to full curtain of sand fill the sand into the mouth of the separator, by full curtain separator, separated the abrasive dust and dirt, the useful sand material enters into the sand-spraying tank and continues to be recycled for use. Dust and dirt enter into the dust removal system along with the airflow. The dust and dirt are filtered by the dust removal system and discharged into the atmosphere with clean air.