What are the main parameters of sandblasting?

refers to the linear distance from the end face of the sandblasting nozzle to the surface of the substrate. As the blasting distance increases, the scouring effect of the abrasive on the surface of the substrate is weakened, and the abrasive is dispersed. The choice of this parameter depends on the blasting method, air pressure and the specific conditions of the workpiece. A proper distance can not only achieve a certain roughness on the surface, but also have a higher sandblasting efficiency. At the same time, it is necessary to prevent the abrasive from causing great compressive stress on the surface and avoid deformation of the workpiece. Generally controlled within the range of 100～300mm. The surface blasting machine pressure or blasting distance is longer than the jet suction type.

refers to the angle between the axis of abrasive jetting and the surface of the substrate. It should be kept in the range of 60 to 75 degrees, and 90 degrees should be avoided. To prevent sand particles from embedding on the surface.

Abrasives are divided into spherical and diamond-shaped according to the particle state. Diamond abrasives (white steel jade, brown corundum) are usually used for sandblasting. The glass beads are spherical abrasives. After setting the three values of P, H and θ, the surface obtained by spherical abrasive blasting is smoother, while the surface obtained by diamond abrasive is relatively rough, and the same kind of abrasive is divided into thickness and fineness. The abrasive is divided by the number of screens in China. The thickness is generally called the number. The higher the number, the smaller the particle size. After the P, H and θ values are set, the higher the blasting number of the same abrasive, the smoother the surface will be.

When the air pressure in temporary blast rooms is constant, the nozzle aperture will increase, air consumption and sand output will increase, and sandblasting efficiency will be improved. The selection of the hole diameter is restricted by the air supply, generally 8-15mm. Due to wear, when the aperture of the blast nozzle increases by 25%, a new nozzle should be replaced.

(6) The moving speed of the sandblasting gun:

A uniform roughened surface is obtained through the relative movement of the sandblasting gun and the surface of the workpiece. The moving speed is not strictly required. The blasting time is mainly controlled by the uniformity of the surface roughness. Too long blasting time will lead to undesirable surface structure. 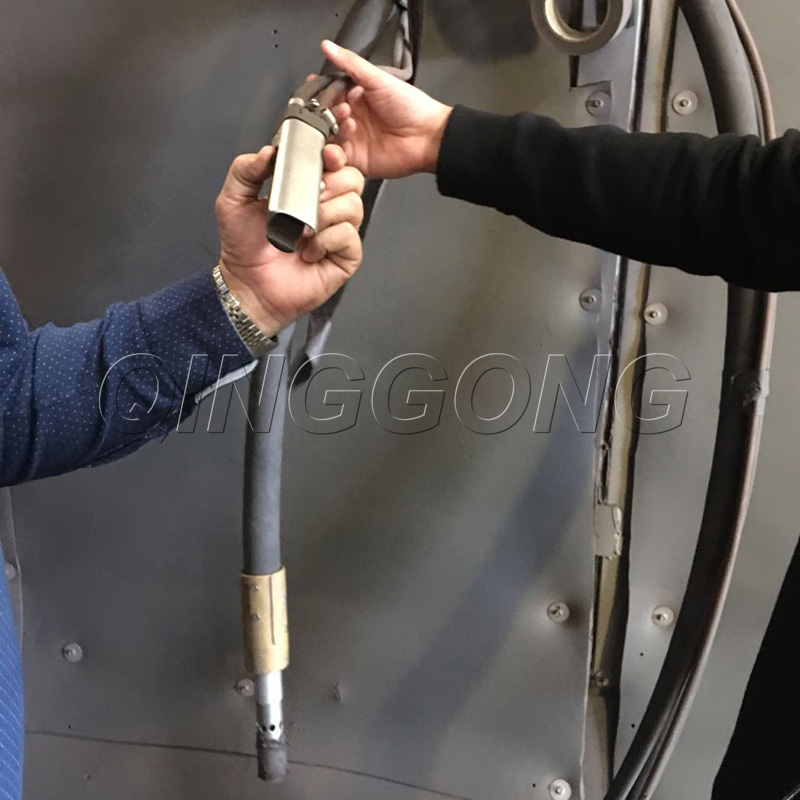