With the development of the steel plate application industry, people’s requirements for anti-corrosion performance are increasing. The shot blasting pretreatment of steel plates has been paid more and more attention. The steel plates treated by cold or hot rolling processes generally have oxide scales on the surface during long-term storage. Rust, grease, and other impurities are present and must be removed before painting. Good shot blasting on the surface can ensure a permanent combination with the coating system so that the protected steel plate can be protected for a long time. The shot blasting pretreatment process can also increase the surface roughness, increase the contact area between the coating and the steel plate, and the coating and the quilt. The cohesion of painted objects.

A shot blasting equipment refers to a kind of equipment that throws abrasive at high speed by centrifugal force to clean steel or strengthen the surface of the workpiece. The working principle of the shot blasting machine: The shot blasting machine is not powered by compressed air, but powered by an electric mechanical shot blasting machine. A device that uses high-speed abrasive thrown by a blast turbine to clean or strengthen the surface of metal workpieces. The shot blasting machine can clean all kinds of residues on the surface of metal workpieces, and can clean steel plates, steel structures and sheet metal welding workpieces. Shot blasting relies on the high-speed rotation of the impeller. The abrasive in the center of the impeller is pre-accelerated by the flow regulating block and the impeller pusher and then sent to the blade area to throw the abrasive at high speed. The speed can exceed 80m/s. Large, so there is no need to use air pressure, and the energy efficiency is much higher than that of sandblasting. The impeller is the heart of the shot blasting machine. It is directly or indirectly driven by an electric motor. The sand blasting machine manufacturers have unique designs, which are mainly divided into a single disc and double disc impellers. The process is not limited by the size, shape, and weight of the workpiece to be cleaned. As small as screws and nuts, as large as train carriages and ship shells with 10,000 tons; as simple as a flat plate, as complex as the cooling water jacket of the engine cylinder; as light as a few grams, to a weight of one million tons, all can be cleaned by shot blasting. 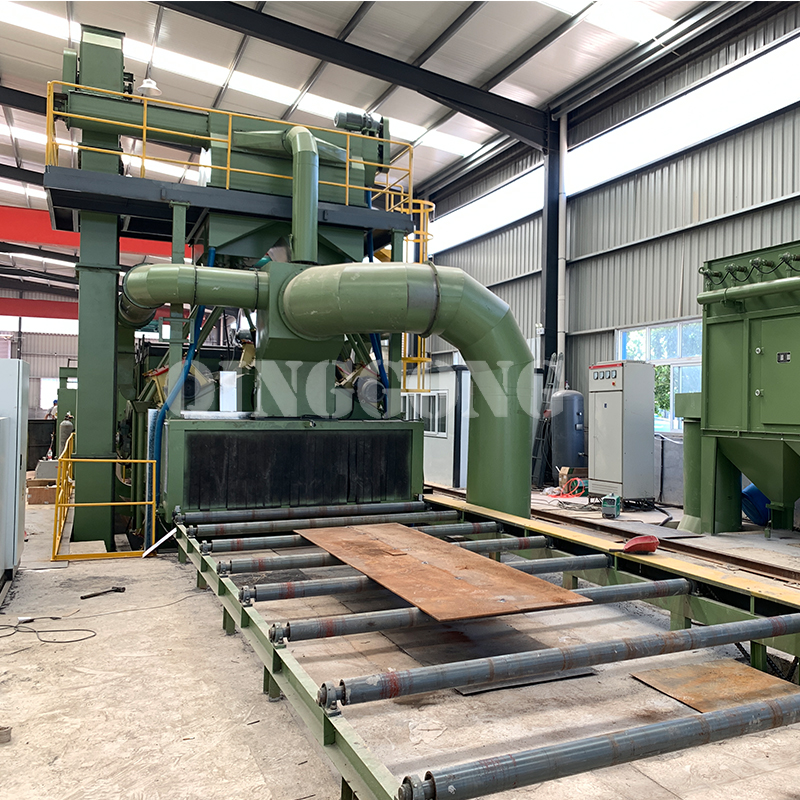 The principle of shot blasting is based on high-speed abrasive hitting the surface of the part, causing it to deform locally to produce projectile indentation. Each projectile indentation has three distinct structures. Namely: the brittle deformation layer on the surface of the part; the matrix plastic deformation zone in the middle layer of the part; the deep elastic deformation zone. These three effects almost simultaneously produce the following three effects after the projectile strikes: (1) Compressive stress is generated instantaneously from five directions on the front, back, left, and right, and upwards of the plastic zone of the middle layer; (2) The middle layer is compressed and deformed in five directions instantaneously, and instantly Push to the surface layer, so that the brittle layer that has the rupture line will quickly fall off; (3) Almost at the same time, it pushes the projectile to produce a rebound force, so that it can rebound at a rebound speed. The three areas of projectile indentation occur and exist simultaneously.

In order for the brittle layer to be a brittle fracture, it must reach its brittle failure deformation. Therefore, if the appropriate indentation depth is required, there must be an appropriate amount of plastic deformation zone. There is an intermediate state of the elastic zone between the plastic zone and the matrix, and the thickness of the three varies with the purpose of shot blasting. Generally, shot blasting is only required to destroy the surface appendages and make them fall off. The less brittle matrix, the better. Therefore, the process parameters must be selected reasonably. 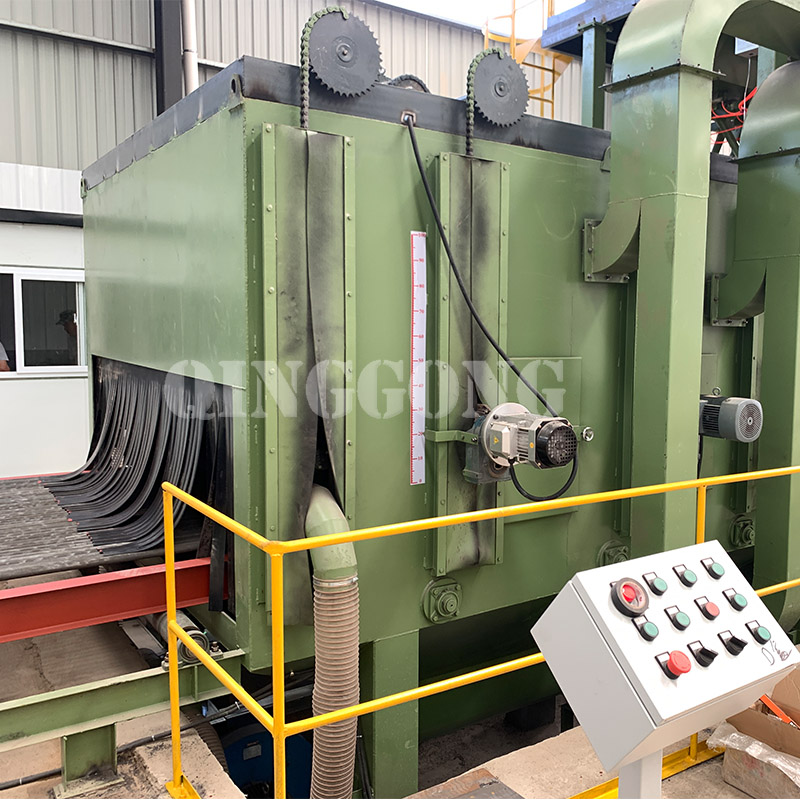