The funcation of shot blasting machine

A cold working process in the manufacturing industry is shot blasting. Shot blasting has two functions, one is a surface treatment, and the other is workpiece strengthening.

The blast turbine is the core of the shot blasting machine. The motor of the blast turbine drives the blades to rotate at high speed, and the centrifugal force generated throws the abrasive at a speed of 78-80m/sec, so that these abrasives hit the metal surface continuously and evenly, the attached debris, rust, and other contaminants are smashed until they fall off completely, leaving a relatively smooth mechanical profile. During the blasting process, the abrasive continuously hammer the metal surface to relieve stress and improve the strength of the metal, thereby achieving the purpose of strengthening the workpiece.

Besides, there is a powerful dust removal system can timely adsorb the dust generated during the blasting process to avoid the accumulation of dust inside the machine resulting in damage to the parts. 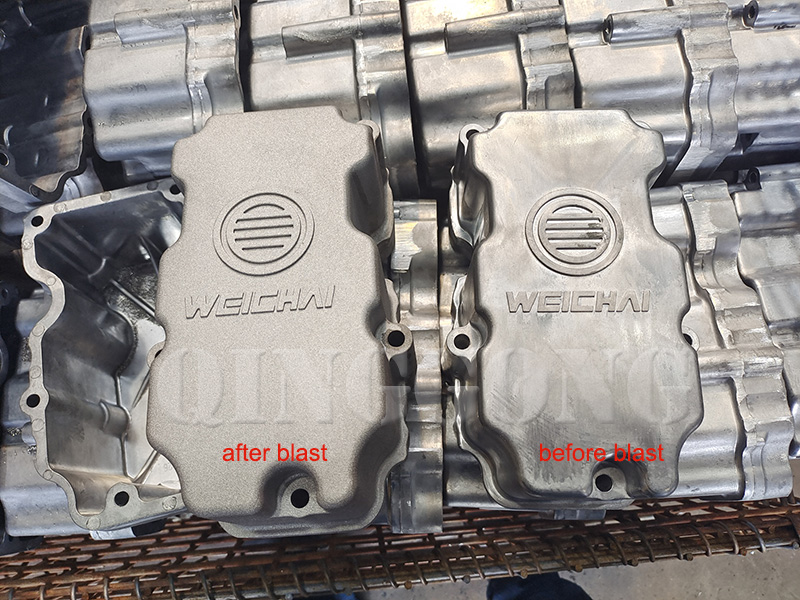