How does each part of the shot blasting machine works

1. Remove the rust layer, welding slag, and oxide scale on the surface of the workpiece to obtain a uniform metallic luster.

1. The working principle of the wheel blast

Wheel blast is the main part of shot blasting machine accessories it is composed of impeller, blades, abrasive distributor, control cage, spindle, and other spare parts.

The main parameters that affect the cleaning efficiency of the wheel blast are the ejection speed and shot blasting volume of the steel shot. The higher the ejection speed, the greater the impact force; the increase in the amount of shot blasting per unit time, the greater the concentration of steel shots on the unit area of the tool to be cleaned. The effect of increasing the ejection speed and distance. After the steel shot is thrown from the wheel blast, the speed will gradually decrease due to the resistance of the air during the movement. Under normal circumstances, the kinetic energy loss of the steel shot increases by about 10% for every additional meter of the projectile distance. Generally, the distance between the surface of the workpiece to be cleaned and the centerline of the wheel blast is preferably 0.7~1.5m. If it is too close, the shot mark of the steel shot will be too deep and the projectile area will be too small, and if it is too far, the cleaning effect will be reduced. 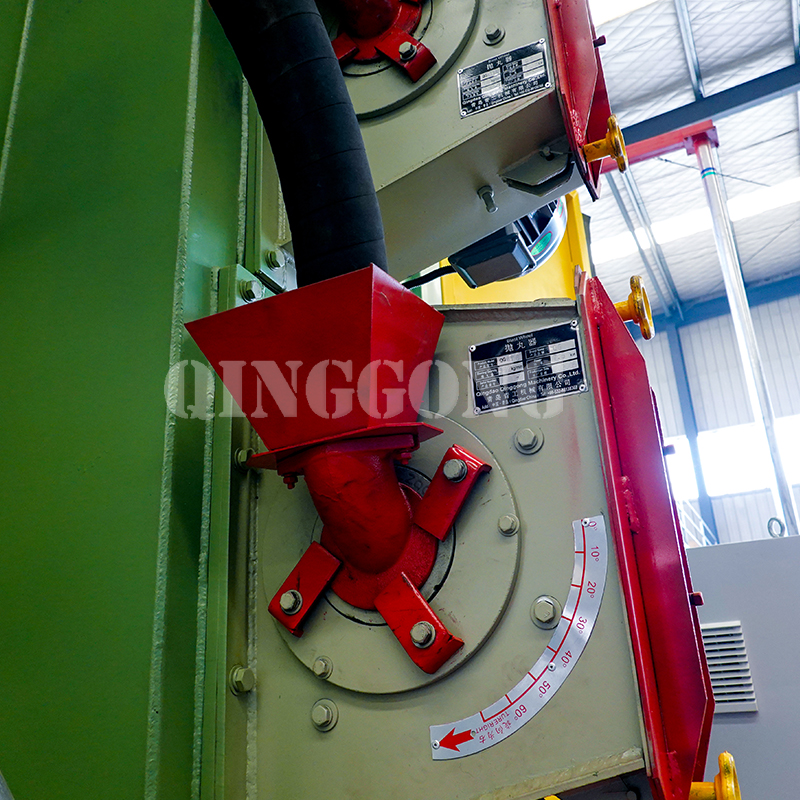 2. The working principle of the separator.

The mixture of steel shot and impurities flowing in from the bucket elevator is sent to the upper part of the air-wash zone by the screw conveyor at the bottom, and the screw at the bottom makes it uniformly transported along with the separator over the full length of the separation zone, forming a waterfall-like steel Pills and impurities flow curtain. At the same time, the dust collector fan draws air through the tuyere of the separator, and uses gravity winnowing to effectively separate the steel shots, molding sand, metal oxide fragments, broken steel shots, and dust in the flow screen, and then flow into the silo after secondary filtration by the bottom screen. Store and enter the next step of recycling.

During the descending process of the mixture of steel shot and impurities, it is pushed by the horizontal airflow to the particles, thereby forming a skewed curved trajectory. Due to the difference in the specific gravity and particle size of the particles, the degree of deflection is not the same, so that the slag can be After separation, the dust is sucked into the dust collector for purification treatment, the broken pellets, sand, oxide skin, etc. enter the waste storage hopper, and the qualified shot blasting and some small pieces of debris are screened again and enter the storage hopper for recycling.

The shaft of the cloth spiral is equipped with a pulse wheel, which can detect and follow up the working status of the cloth spiral. Once there is a failure such as blocking and not rotating, the signal will be immediately fed back to the PLC to start an emergency signal or stop gradually to ensure the safe operation of the equipment.

3. The working principle of bucket elevator

The cover of the bucket elevator adopts bending forming welding structure. There is an inspection door on the elevator cover, which can repair and replace the bucket. Open the inspection door on the lower cover to repair the lower transmission and eliminate the blockage of the steel shots at the bottom. This machine uses a flat belt to rotate. When working, the hopper fixed on the conveyor belt scrapes up the abrasive at the bottom of the elevator, and then is driven by the elevator motor to send the abrasive to the top of the elevator, and then drop the abrasive by centrifugal gravity. Enter the steel shot and impurity separator.

In order to ensure that the conveyor belt does not slip during work, the roller is made into a squirrel cage type, which not only improves the friction between the lifting belt and the pulley, avoids the slipping phenomenon of the old-fashioned smooth pulley, but also reduces the pre-tightening force of the lifting belt. Extend the service life of the lifting tape. At the same time, the hoist is equipped with a set of tensioning devices. When the belt is slack, the belt can be tightened by adjusting the adjustment bolts on both sides of the upper part of the hoist.

4. The working principle of dust collector

The settling chamber of the dust collector of the shot blasting machine has the advantages of simple structure, low cost, low energy consumption, low-pressure loss, simple maintenance and management, and the ability to directly process high-concentration dust-containing gas. But its large size and low dust collection efficiency are its fatal shortcomings. In the past, the sedimentation chamber was mostly used in industry to collect dust particles >40um, or used as a pre-collection of the multi-stage dust collection system. 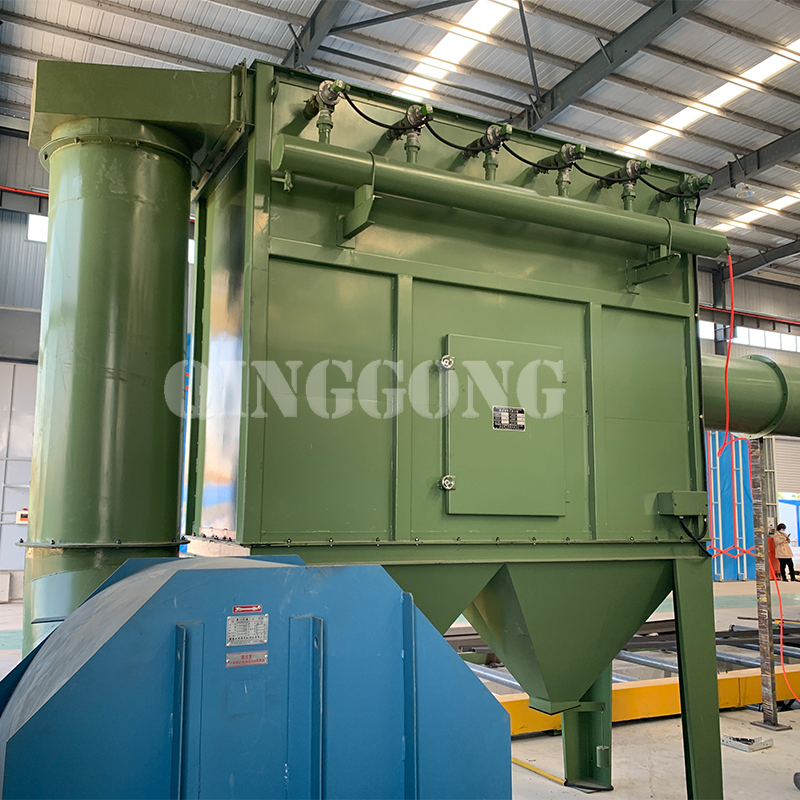